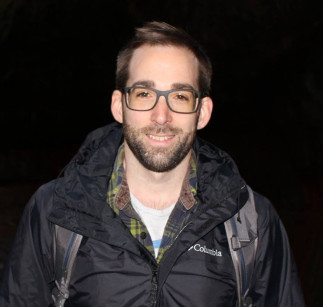 Abstract: A major challenge facing the world today involves exploiting clean, abundant energy sources, and reducing our overall consumption. A significant untapped energy source is waste heat, accounting for ~60% of the energy humans produce. Thermoelectrics are materials that can convert heat into useful electrical power, and hence have the potential to impact our energy future by recuperating this large unutilized source. The challenge is to increase the thermoelectric conversion efficiency for this technology to become widespread, which requires exploring and discovering new materials with enhanced electronic and thermal (phonon) transport properties.

In this talk, I will give a brief overview of thermoelectrics and present some of our recent findings from two studies: 1) An investigation of electron transport in layered quasi-2D materials, which we predict possess excellent thermoelectric performance and unusual doping-dependent anisotropic transport. 2) An analysis of phonon transport across a heterojunction, demonstrating the important role of inelastic phonon scattering and non-equilibrium physics leading to heating/cooling of phonons near the interface. These studies were carried out using predictive modeling based on density functional theory combined with rigorous transport theory. This research helps to advance thermoelectrics by providing new fundamental insights into transport physics and energy conversion.

Bio: Jesse Maassen received B.Eng. and M.A.Sc. degrees in Engineering Physics from the École Polytechnique de Montréal in 2006. He obtained a Ph.D. in Physics from McGill University in 2011 working on first-principles simulations of nanoelectronic devices. During 2012-2015, Dr. Maassen was a postdoctoral fellow in the Electrical Engineering department at Purdue University. Since 2016 he has been an Assistant Professor of Physics at Dalhousie University. His research interests focus on exploring novel materials and devices, using predictive first-principles modeling, with an emphasis on electro-thermal transport.

To find out more about Prof. Maassen's research, you can consult his web site.