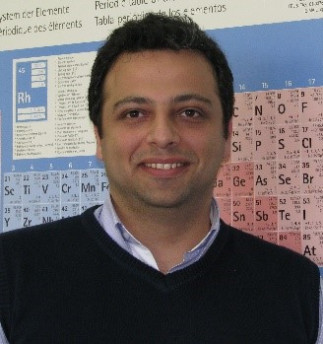 Titre : Air pollution in the East Mediterranean and the Middle East: current status and future work

Abstract
The East Mediterranean and the Middle East (EMME) is a highly sensitive environment under considerable anthropogenic and environmental pressures. Emissions are projected to exceed those of Europe and the US worsening the regional air quality, and dust storms frequently occur adding significantly to the particulate matter (PM) loadings in the airshed in the region. Moreover, from a climate change perspective, the EMME region will be among the most impacted in the world with temperature increases exacerbating the already hot climate, more extreme weather events, and a more oxidizing atmosphere leading to greater production of secondary PM. The air quality infrastructure has big gaps at present in many of the countries of the Middle East and there is a lack of accurate emission inventories, monitoring networks, etc. Therefore many initiatives, studies, and field campaigns such as ECOCEM, TRANSEM, POLCAIR, TRANSEMED, etc. were and are still being conducted since 2010 in different countries like Lebanon, Turkey, and Egypt with an extension in the near future to more eastern countries in the Middle East in order to study the composition of the urban atmosphere, the sources of gaseous and particulate emissions, the inventories over the region, etc. These studies also allow the creation of unique databases to be used in future air pollution studies. The current air pollution infrastructure in the Middle East will be presented along with the results of the different studies and field campaigns we conducted, with a look at the future work we will perform in the region.

Dr. Charbel Afif is an associate professor at the Faculty of sciences at Saint Joseph University in Beirut, Lebanon. He founded the “Emissions, Measurements, and Modeling of the Atmosphere” (EMMA) research group. Moreover, he participated in many international field campaigns (AMMA in 2006, MEGAPOLI in 2009 and 2010, CalNex in 2010, ChArMEx, 2013, etc.) and launched many others in the East Mediterranean and Middle East. Dr. Afif is an adjunct associate professor at the The Cyprus Institute since 2018 at the EMME-CARE center. He has more than 40 papers in peer-reviewed journals.