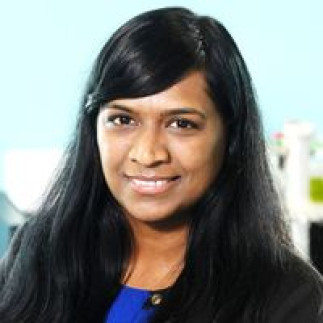 Abstract: In the past two decades, there have been many advances in the development of plasmonic nanoparticles for various applications such as chemical sensing, photothermal therapy, enhancement of photovoltaic device performance, catalysis, and optical communications. The most commonly used metals in plasmonic applications are gold, silver, and copper; however, these can be expensive, oxidatively and thermally unstable, and suffer optical losses due to unwanted electronic transitions and light scattering. Transition metal nitrides have been proposed as promising alternatives to metal-based plasmonic nanomaterials based upon their low cost and oxidative and thermal stabilities. This presentation will highlight the recent progress in the synthesis and stabilization of free-standing plasmonic transition metal nitride nanocrystals. The photothermal efficiencies of these nanocrystals in the near-IR region and their application in solar-driven desalination will also be discussed.

Bio: Dr. Mita Dasog obtained her BSc in 2009 from the University of Saskatchewan. She then moved to the University of Alberta to begin her Ph.D. studies with Dr. Jonathan Veinot, where she focused on the syntheses, properties, and applications of silicon quantum dots. After a short stay at the Technical University of Munich as a Green Talents visiting scholar, Dr. Dasog went on to hold an NSERC post-doctoral position with Dr. Nathan Lewis at the California Institute of Technology, where she studied light-material interactions. She joined the Dalhousie University Chemistry Department in July 2016 as an Assistant Professor where her research group currently focuses on the synthesis and application of nanomaterials for solar fuel generation and plasmonics. This year she was awarded the Dalhousie President’s Emerging Research Excellence Award, the Canadian Journal of Chemistry Best Paper Award, and was selected to represent the element silicon by the International Union of Pure and Applied Chemistry (IUPAC) in celebration of the International Year of the Periodic Table.

To find out more about Prof. Dasog, you can refer to her web site.