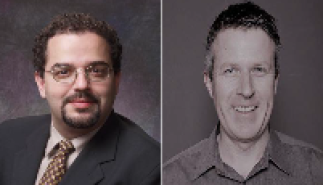 Biography: Dean was born in 1971 in Terceira, Azores, Portugal, but soon moved to Canada. While at the University of Toronto, he majored in Chemistry and Biochemistry and went on to obtain a M.Sc. in Organic Chemistry. He then pursued his Ph.D. with Barry Trost at Stanford and a post-doctoral appointment with Robert Grubbs at Caltech. Dean is currently a Professor of Chemistry at UC Berkeley.

I conducted the first ever synthesis of the Tyrosine Kinase inhibitor IRESSATM, the first EGFR inhibitor marketed for the treatment of non-small-cell lung cancer, whilst at Zeneca Pharmaceuticals (now AstraZeneca!). I then moved to GlaxoSmithKline where I contributed to a large number of drug discovery projects delivering clinical candidates in the pain and neuroscience disease areas, including selective prostaglandin receptor antagonists and agonists, gamma secretase modulators and glycine transporter inhibitors.

In 2010, I moved to Novartis in the UK, where I led a number of respiratory projects including an inhaled prostacyclin receptor agonist for pulmonary arterial hypertension, which has entered human clinical trials (and the topic of today’s presentation). In 2014, I moved to the Novartis site in Cambridge, Massachusetts, supporting the Neuroscience Disease Area, contributing to a wide portfolio, for example leading the discovery of a novel rapidly acting antidepressant that is currently undergoing clinical trials in a patient proof of concept study.