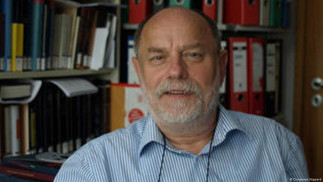 There is no doubt that (Max Planck’s discovery of the quantum of action) was an event of the first order, comparable with the scientific revolutions brought about Galileo and Newton, Faraday and Maxwell. Like these it has changed the whole aspect of physics…„ This is what Max Born wrote in his obituary for Max Planck, and this picture is a very common one: Max Planck as the hero and founder of quantum physics, who pushed with his fundamental discovery the classical physics of the 19th century into one of modern physics of our time. But Planck was also a revolutionary against his will, who hesitantly accepted the scientific revolution he triggered. With my talk I would like not only describe Planck’s journey from the 19th to 20th century as a physicist and founder of quantum physics, but also show, that Planck’s life in general is a metaphor for many turns in science and society as well.