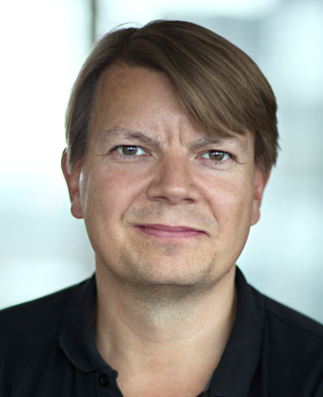 Biographie: Jesper Olsen studied analytical chemistry at the University of Southern Denmark in Odense in the laboratory of Roman Zubarev. After his master studies he worked two years at MDS Proteomics as staff scientist before joining the laboratory of Matthias Mann as PhD student. He spent 4 years as a post-doctoral fellow at the Max Planck Institute for Biochemistry in Munich. In 2009 Jesper was recruited back to Denmark to head a group at the newly established Novo Nordisk Foundation Center for Protein Research (CPR) at University of Copenhagen. In 2012, he was promoted to vice director of CPR and in 2014 full professor at the Faculty of Health and Medical Sciences.
Jesper has made a number of seminal contributions to the field of proteomics and high-resolution mass spectrometry, and most importantly to the development of quantitative phosphoproteomics technology and its application to study cell signaling networks and thereby answer outstanding questions in biology. He described the first proof of concept studies for functional selectivity of biased ligands targeting the same receptor tyrosine kinase and used quantitative phosphoproteomics to identify the cellular switches controlling the resulting differential phospho-signaling pathways. He has a long standing collaboration with Thermo Fisher Scientific and his group has worked closely with them to optimize and benchmark the different generation of orbitrap mass spectrometers such as the Q Exactive series of benchtop quadrupole orbitrap instruments. Moreover, his work on offline peptide chromatographic fractionation in combination with fast online LC-MS/MS has enabled comprehensive analysis of human proteomes. More recently, his lab also made significant contributions in the emerging field on palaeoproteomics in which proteomics analysis of specimens, which can be thousand or even million years old can inform about our past history.