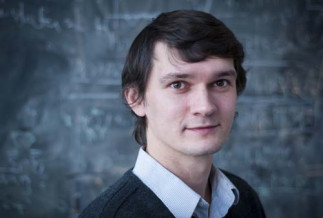 The experimental advances in synthetic quantum systems, such as ultracold atoms, have enabled researchers to probe quantum thermalization and its breakdown. Thermalization occurs in ergodic systems and “erases” quantum information contained in the initial many-body states. Therefore, to create long-lived quantum states, it is of particular interest to find mechanisms of thermalization breakdown. One way of suppressing thermalization is by introducing quenched disorder, which may induce many-body localization (MBL) [1]. Surprisingly, MBL systems may also avoid heating under periodic driving, which opens up the possibility of having stable, Floquet-MBL phases with unusual properties. I will discuss one example of such a phase – a two-dimensional Anomalous Floquet Insulator, characterized by fully localized bulk states and chiral, thermalizing edge states [2].

Further, I will argue that MBL may not be the only way to break ergodicity. I will propose another mechanism, “quantum many-body scarring”, which bears a similarity to the well-known phenomenon of quantum scars in few-body chaos, and leads to a weaker form of ergodicity breaking in a many-body system of Rydberg atoms [3]. Quantum scarring gives rise to a set of non-thermal many-body wave functions immersed in the thermalizing background; when the system is initialized in the physical states which have a high overlap with the non-thermal states, it exhibits many-body revivals and lack of thermalization, which have been observed in a recent experiment by the Harvard-MIT groups [4].