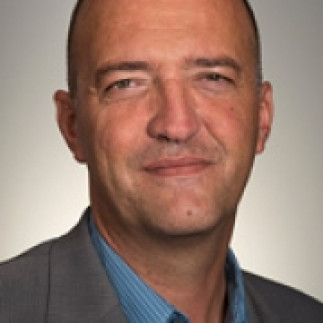 Atomistic simulation techniques have become extremely valuable tools for the elucidation of the structure of disordered or (partially) ordered materials. These techniques not only allow for the production of large-scale three-dimensional representations of the materials from the atomic scale, but also to predict most of their properties, and in some cases, to assess their formation mechanisms. In this talk, I will focus on carbon materials that can be ordered as well as disordered. There two routes to obtain realistic molecular-scale reconstruction of porous carbons: mimicking their formation process and targeting a “final” state by constraining/guiding the simulation using experimental texture information. Obviously the first is a priori more predictive than the second but requires dealing upfront with chemistry (through reactive force fields) than can be rather complex with kinetically hindered processes.

To illustrate the mimicking route, I will present (i) the Grand-Canonical numerical synthesis of ordered carbon phases by carbon vapor deposition on zeolites and MCM-type mesoporous oxides, (ii) the Replica Exchange MD simulation of the geological degradation of organic matter (lignin, cellulose and fatty acids) into disordered nanoporous carbons and kerogen phases with the production of a complex liquid phase. The so-called targeting route will be illustrated with the example of the kerogen phases using the Hybrid-Reverse Monte-Carlo approach with an extension towards their mechanical properties from elasticity to failure (fracture). Finally, I will present new electron-tomography 3D images with sub-nanometric resolution that allow structural characterization of disordered organic porous networks as well as mechanical and confined fluid transport properties to be derived in a consistent manner including knowledge that was gained from atomistic simulations. Applied to kerogen phases, the results of this unprecedented approach evidenced i) increasingly tortuous and connected pore networks with respect to thermal maturity, ii) the crucial effect of topology and adsorbed fluids on the mechanical behavior, and iii) the dominant impact of diffusion mechanisms occurring within the nanoporosity on hydrocarbon transport at the mesoscale.